If you’ve spotted a rat in your home or business, call us immediately to request an emergency rat-response team visit.

At Environ, we pride ourselves on using cutting edge technology to identify, diagnose and control rat infestations. But when it comes to dealing with a live rat situation, there’s no beating a traditional rat-catching dog. 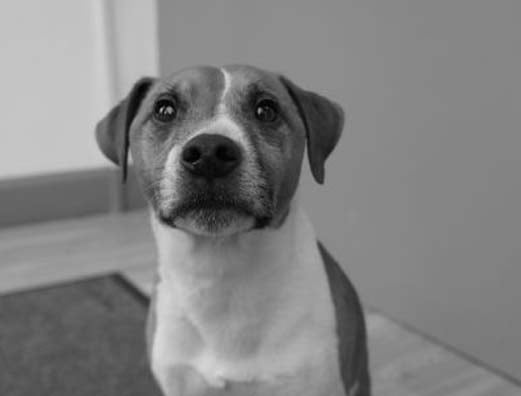 We often show up to sites where our clients have been up all night trying to kill a rat, only for our dog to enter the room and kill it in seconds. We may be experts in controlling rats, but when it comes to killing them, we’re amateurs at best compared to our dogs.

Strangely, despite their unbeatable natural talent, there were very few rat-catching dogs in London when we first opened our doors more than 20 years ago, despite still being the standard out in the country.

The Jack Russell is the most famous rat-catching breed, and for good reason: they’ve been a favourite hunting dog since the 19th century and were stars of the trenches in World War One, where each platoon had their own rat-catching dog to fight the endless plague of rats that thrived in the trenches. Soldiers even ran competitions to see which Jack Russell could score the most kills.

Along with Jack Russells, we also use Plummer Terriers, a breed developed by eccentric teacher and rat-catching enthusiast Dr. David Brian Plummer, who was determined to create the ultimate rat-catching dog by combining Jack Russells, beagles, fell terriers and bull terriers to create a loyal and hard-working breed with a exceptional sense of smell – many thousands of times stronger than our own.

Our dogs haven’t racked up the thousands of rat kills that the war dogs would have, but they’ve still been heroes for clients terrified by rats invading their homes or business.

We’ve had clients who have stayed up all night trying to kill a rat with makeshift weapons (a knife tied to the end of a broom was a highlight) only for one of our rat-catching dogs to enter the room, charge straight to the rat and kill it in seconds.

Unlike cats, who like to play with and feed on their prey, Jack Russells and Plummer Terriers move straight into the next rat, allowing them to make short work of a swarm – though, in the vast majority of cases, there’s only one rat.

Is our dog on the way? Here’s how to prepare

If we’re sending a rat-catching dog to your home or business, it’s important that you keep any other small furry pets out of the area, such as cats, rabbits, guinea pigs, hamsters and so on as our dogs may confuse them for the enemy. Tennis balls have also been known to cause a distraction!

We’ve never had issues with our dogs being aggressive with any other dogs – they’re simply too focused on the job to care. However, other dogs are sometimes upset by the complete lack of attention our rat-catchers give them, so it’s still best to keep them away.

Our only other recommendation is to contain the rat to a single room and place a towel under the door so that they won’t smell the arrival of our dog, letting them make a surprise entrance and a quick kill.

After our dog has killed the rat, we remove the body and wait for them to calm down. Then we re-enter the site so that our dog can sniff out the point that the rat snuck into the building, allowing us to make a preliminary investigation and control recommendations.

Not only do our dogs provide a swift solution to a live rat problem, they also provide complete reassurance that it’s taken care of. If our dog is calm, it’s guaranteed that there are no rats left.

Part of the Environ family

While we’ve always had to have working dogs, each dog has been a cherished part of the Environ family, both in the office, on the job and back at home.

Despite being unstoppable rat-killing machines when they’re working, Jack Russells and Plummer Terriers are loyal and affectionate family dogs who are calm and gentle when they’re not in hunting mode. We’ve never had an issue with children and other pets, though the postman always gets an earful.

Benefits of a rat-catching dog

Rat Catchers Near Me

If you want to request a rat-catching dog at your premises, call us now or click here to request your call back.

Please bear in mind we only use our dogs for a live rat situation, for normal investigations our BPCA-certified pest controllers and their cutting edge equipment is more than enough for the job.

Here are some other helpful articles about Rats

Why Do I Have Rats in My Garden?

Read Ricky’s tips for how to spot and prevent a rat infestation in your garden, including what they eat and drink, where they nest and the evidence they leave.

What Is The Difference Between Mice And Rats?

Worried you have rats or mice? Learn how to tell the difference with our guide, from their behaviour to the holes they make and the droppings they leave behind.

How Can I Get Rats Out of My House?

Rats spread disease and damage your property. Don’t let them get comfortable. Click here to find out how rats get into your home and how you can get rid of them.

Rats Crawling Up Your Drains? Get Drain Rat Proofing and CCTV Inspection from Environ

Stop rats crawling up through your drains with our drain rat proofing service and CCTV rat inspection. If you don’t, they’ll keep coming back, again and again.

Get rid of rats for good with Environ, London’s most trusted rat exterminators, used by beloved brands, Michelin-starred restaurants and countless London homes.

Do Rat Traps and Poisons Work?

Find out the best way to use rat traps, and why poisons should never be used. Maggots and flies feeding on a dead rat are often a bigger issue than the rat was.