Do Rat Traps and Poisons Work?

Most of the people who contact us for rat extermination and control have already made DIY attempts at eliminating the infestation in their home or business. Shop bought rat traps and poisons continue to fly off the shelves as London’s rat population grows, but are they effective? 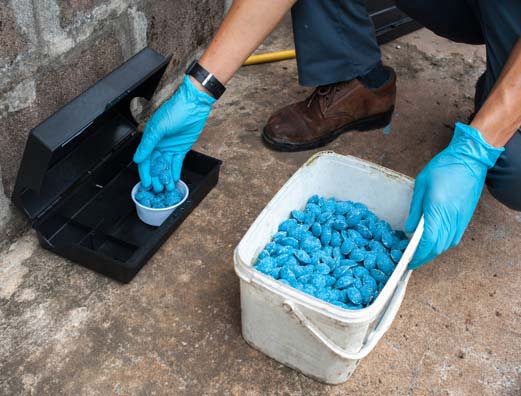 Traps can work, but you need to be patient

Unlike their less intelligent cousins, mice, rats are smart enough to avoid traps thanks to a trait known as neophobia, or a fear a new things. This trait is one of the reasons they’ve thrived across the globe, and it makes them frustrating to trap.

It takes around two weeks or more for a rat to accept an object as a safe part of their environment, at which point they might be snared by a trap once their curiosity gets the better of them.

Of course, by this point you might have assumed you put the trap in the wrong place and moved it elsewhere, which resets the rat’s neophobia. When this keeps happening, it’s easy to assume traps don’t work at all.

We recommend setting multiple traps throughout areas where you have confirmed rats are present then wait two weeks or more before moving them.

People frustrated with the apparent ineffectiveness of traps often resort to using poisons instead, but end up in an even worse situation than when they started.

If you poison a mouse, you might be left with an unpleasant odour, but it won’t last too long. We still don’t recommend using shop-bought poisons on mice, but it’s not the end of the world if you do.

Rats, on the other hand, have large bodies that produce awful stenches when they rot, powerful enough to make the people and pets in your home or business sick.

Even worse is the potential for fly infestations. A rat corpse can take three weeks or more to decay, more than enough time for thousands of maggots to feast on the corpse. Flies feeding on the dead body are then likely to land on your kitchen surfaces, spreading disease.

One client ignored our advice and decided to opt for the cheaper route of using poisons. Soon after, we received a panicked call saying that maggots were crawling out of the light fittings and landing on the dining table as they ate.

While house mice thrive alongside humans, rats rarely nest within a home or business that’s currently in use. They’re far more likely to crawl up from sewers or nearby empty structures, feed or even steal food, then return to their homes.

This means that killing rats is only a short-term solution. If they’ve found a way into your home or business once, they’ll do it again, following the urine trail from previous explorers.

Extermination needs to be combined with control. Drains are the most common source of rats, and the first place we investigate when a client has a rat infestation.

Broken air bricks are another common entry point into a home or business, and thanks to their ability to hold their breath for seven minutes or more, they can even swim up through toilets, as we encountered in one unforgettable case where a rat swam up through our client’s en-suite and gnawed on her hair while she slept.

Thorough investigation and proofing is usually far beyond what most people can achieve with DIY, and without professional assistance you’re more likely to throw your money away than actually solve your rat infestation.

How to use rat traps and poisons

Rat Exterminator Near Me

If you want swift, long term rat extermination and control from a family-run company of renowned pest control experts, call us now or request your call back to find out how we can get you rat-free, for good.