Do Mouse Traps and Poisons Work?

When most people spot a mouse in their home, their first step is usually to go the shops or go online to buy some mouse traps or poison.

Unfortunately, such DIY methods are highly ineffective at controlling mice populations, and often they don’t seem to work at all. It’s such frustrations that lead people to us to sort out their mouse problem once and for all.

So, why do mouse keep coming back, no matter how many traps or poisons you lay down? 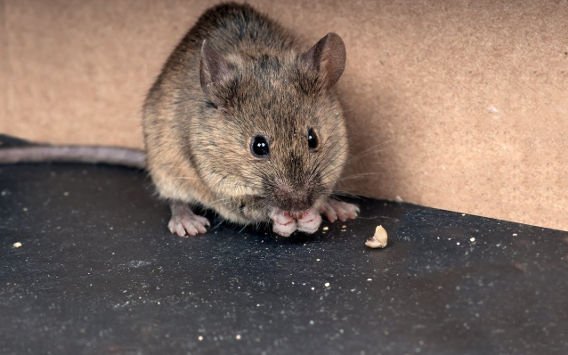 Mice can breed faster than you can trap them

However, there’s still limited effectiveness to shop-bought traps and poisons, and families of mice can often breed so rapidly that they can outpace the rate at which you can kill them, which is why you can end up killing an endless stream of mice for months on end.

It’s important to note that the professional-grade desiccating poisons we use are safer and more effective than those that can be bought over the counter, and we don’t recommend amateur use of poisons as they can cause harm to children, pets and wildlife. If you’re doing DIY mouse control, please only use traps.

So, to answer the question, traps and poisons might work if you’re patient, and if all you want to do is kill the mice. But, as you may have realised, this usually isn’t enough to get rid of them.

If you don’t block these paths that mice have discovered or gnawed themselves, they’ll be rediscovered again and again by mice looking for a warm home and a free meal – which they’re especially desperate for in winter.

Mouse proofing is the only long-term solution

Even if you have the most deadly and effective mouse traps or poisons, it won’t be enough to keep you mouse free. One of the most common complaints we get from our customers is that, despite trapping or killing countless mice, there always seem to be more.

This is because once mice find their way into your home once, they’ll almost certainly get in again. Mice mark their entrances and exits with urine and grease (leaving visible dark streaks known as smearing) which guide their super sensitive noses in and out.

Because mice can climb vertical surfaces with ease, squeeze through holes the width of a Biro and gnaw through wood and plaster, these holes often go undiscovered for years, with mice seeming to appear out of thin air.

Mouse proofing is the difference between pest controllers and exterminators. It doesn’t take much to kill a mouse, but keeping them out your home for good requires experience, a keen eye, the right equipment, professional-grade materials and expert knowledge on mouse behaviour – which is exactly what our BPCA-certified pest controllers are renowned for.

If you’re struggling to keep mice under control, why not get a no obligation survey of your home? Then you’ll know exactly how the mice are getting in, what they’re feeding on and much it would cost to get rid of them – for good.

Call us now or request your call back to book your mouse-proofing survey.

Here are some other helpful articles about Mice

How Can I Tell if I Have a Mice Infestation?

The signs of a mouse infestation are droppings, holes, grease marks and more. Click here to learn professional tips for identifying mice, plus simple DIY tests.

What Is The Difference Between Mice And Rats?

Worried you have rats or mice? Learn how to tell the difference with our guide, from their behaviour to the holes they make and the droppings they leave behind.

Do Mouse Traps and Poisons Work?

Do mice keep coming back, no matter how many traps you put down? Find out why DIY mouse control rarely does the job and how to finally get rid of mice, for good

How to Get Rid of Mice in the Kitchen

Your kitchen is the most common part of the home to find a mouse infestation. Luckily, good habits and hygiene is often enough to prevent mice in your kitchen.