How Do I Get Rid of Wasps?

Everyone has to bat away the occasional unwanted wasp in the summer, but a wasp nest inside your home or business isn’t something you can take care of with a flyswatter.

Wasps are aggressive at the best of times, but when they’re defending their home, they go from a nuisance to one of the most dangerous pests we deal with at Environ.

Here’s my advice on how wasps find their way into your property and what you can do do get rid of them. 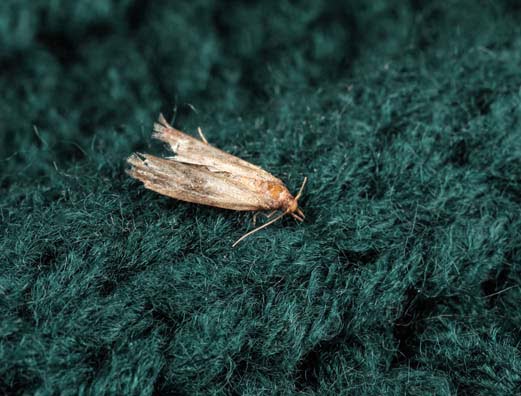 Why do I have wasps in my attic?

When queen wasps emerge from hibernation in early spring, they begin their search for a new nest site. In the wild, wasps seek out dark holes in trees, rocks or abandoned animal burrows, but in urban environments our dark and secluded sheds, lofts and eaves are an ideal nest site.

These nests start as small, golf-ball sized paper structures made from wood that wasps pulp in their mouths. The queen does most of the work early on, which keeps the nest small, but after she dedicates herself to laying eggs, the population explodes with thousands of workers.

Along with this increase in population comes an increase in the size of the nest to accommodate thousands of eggs and larvae. Before long, you have a basketball-sized wasp nest in the attic swarming with wasps.

This cycle means that wasp infestations are a seasonal problem rather than ongoing, which also means that every spring you are at renewed risk of infestation.

At the end of summer, the queen dies and next year’s queens fly off to hibernate. The workers cannibalise each other or leave the nest and eventually die off.

The only long-term way to reduce your risk of wasp infestation is to seal up any holes in your attic so that queens don’t find a way inside when they’re looking for a new nest site in spring. This is a pest control service we’re happy to provide at Environ.

How do I destroy a wasp nest?

What you absolutely must never do is just walk up to a wasp nest and try and bash it to pieces. This is a guaranteed way to get yourself swarmed by hundreds of angry wasps, but unfortunately some people still attempt the gung-ho method.

Next up in effectiveness is to spray insecticides directly on the nest but, again, as you need to get close to the nest you’re at high risk of aggravating the swarm and getting attacked. Pesticide sprays can take down wasps on the wing, but without killing the queen, the colony will quickly reestablish itself.

Because of their highly aggressive nature, we highly recommend that you leave wasp extermination to a professional team. We have a method for exterminating wasps nests that is safe, thorough and effective.

First of all, any time we’re dealing with a wasp nest we wear full protective gear, the same that you would see bee keepers wear, and we treat the nests from a distance with spears and extension lances.

The insecticides we use are a powder application that sticks to the bodies of the wasps as they pass by it. This powder is then carried inside the nest where it will poison the queen and send the colony into rapid collapse.

Because the insecticide is carried by the wasps, we don’t need to have direct access to the nest to be able to destroy the colony. If we can’t access the nest, we apply the powder around the holes the wasps use for access, where it is picked up on their bodies.

Once the queen is dead, we back off from the nest for an hour or more. The thousands of wasps that made their home in the nest will become aggressive and erratic without their queen. They will eventually leave, but until they do, we keep our distance.

Can you remove the wasp nest?

After the colony has left the nest, we can return to your site to remove it, but there is no urgent need to do so. Wasps never reuse an old nest, and without any wasps to look after it, the delicate paper structure will simply disintegrate.

If we locate a wasp nest in early spring when it is still very small we can remove and relocate somewhere it won’t be a nuisance. This is the ideal solution, as it means that we don’t have to kill the wasps, which are a beneficial insect both in their predation of other garden pests and as pollinators.

However, once the nest has reached the stage where there are thousands of workers, there’s simply no way to safely relocate the nest. If you want your wasps taken care of humanely, regularly inspect your garden, shed or loft early in the spring when this is still an option.

Top Tips for Getting Rid of Wasps

If you have any questions about wasps or would like to book your wasp extermination, give us a call or request your call back.