Our customers are more concerned than ever about their environmental impact, and so are we. While exterminating animals and insects is a necessary part of our job, it’s important that our methods don’t cause unnecessary suffering or harm the environment.

Pests must be controlled when they threaten human interests. Spread of disease, spoiled food, structural damage and harm to pets are all consequences of an unchecked pest population. Many pests also need to be controlled for the benefit of surrounding wildlife. 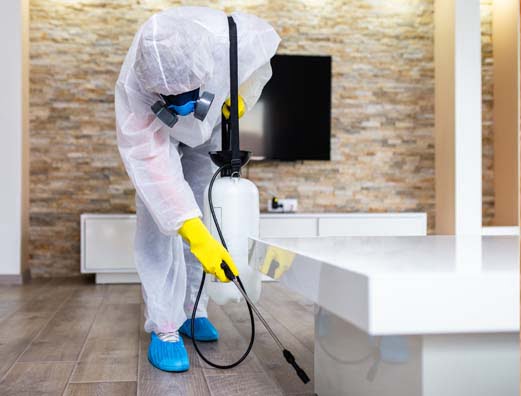 One of the benefits of using a professional pest control company is that we know how to minimise impact to the environment and suffering of the animals that we control.

Here are some of our methods that help us to deliver humane pest control services.

Integrated Pest Management (IPM) is a holistic approach to pest control which reduces the risk of pest infestation to minimal levels by thoroughly proofing buildings, using deterrents and identifying habits which may be attracting pests.

By preventing infestation occurring in the first place, IPM reduces the need for poisons, insecticides and traps. As it is designed around a specific site, it prevents generalised, heavy-handed pest control or reckless DIY attempts which cause more harm than good.

Proofing methods include sealing up spaces insects can nest inside, using professional gnaw-proof products to prevent rodents chewing their way into a property and identifying and fixing drainage defects which may be pushing rats up to the surface.

We also inspect the practices of your home or business, such as waste disposal and deliveries, which may be attracting or bringing in pests, as well as survey and recommend improvements for the general hygiene of the premises.

A clean, well-sealed property is an unwelcome environment for rodents and insects, who all depend on nooks and crannies and cracks and crevices to survive. If you don’t want to have to kill pests, your best option is stopping them getting inside in the first place.

Humane use of rodent traps and poisons

Where it is necessary to control rats or mice with lethal means, it is good practice to do so humanely without unnecessary pain or suffering for the animal.

Glue boards are a non-toxic quick fix solution, particularly useful in food processing sites such as restaurants, kitchens and factories. But they must be picked up within 12 hours of placement to minimise the time that the rodent is trapped to the board.

Amateur use of glue boards often ends with someone having a trapped rodent they don’t have the heart to kill, so they take the far more cruel route is disposing of the trap with the live animal stuck to it. If you don’t think you could comfortably kill a trapped rodent, don’t use glue boards!

Mouse and rat traps might seem like an archaic means of pest control, but they’re very much a case of “if it ain’t broke, don’t fix it”. Breakback or snap traps – when used correctly – ensure a quick kill without any of the complications of poisons.

Mechanical traps have a bad reputation because people don’t know how to place them correctly, and assume they don’t work. Used in conjunction with ultra violet tracking dust, we can place traps along the paths we know that rodents travel along, making them highly effective.

All the traps we use guarantee a clean, quick kill. We have often seen DIY attempts of pest control that use cheap products or even home made devices that injure rather than kill the rodent. This also occurs when people use mouse traps on a rat infestation.

Despite what you may expect, live capture traps are not a humane method of pest control. Legally, we cannot release a captured mouse, rat or squirrel back into the wild, so all a live capture trap does is prolong the suffering of the animal as it tries to escape.

In situations where we have no choice but to use a live capture trap, we will establish a minimum acceptable time for the animal to be caught in the trap and arrange inspections around these times.

Gas traps can be legally used on mice in the UK but they are considered inhumane as they cause considerable discomfort before unconsciousness.

Amateur use of poisons is perhaps the most dangerous part of DIY pest control, as irresponsible placement can lead to poisoning of pets, people and wildlife – especially when used outside.

We use Alphachloralose (a quick-acting poison which induces sleep) for mice and anticoagulants (a slow-acting poison which causes internal bleeding) for rats. Both are considered the most humane methods of poisoning for their respective species by the Pesticides Safety Directorate.

All the above lethal means also need to be used in a way which prevents wildlife, pets or people coming to harm. This includes bait stations specifically designed for the pest in question as well as quickly disposing any corpses which may spread disease and attract secondary infestations.

Why you should choose humane pest control

Call us now for your pest control survey

The first step to humane pest control is to identify the extent of the infestation, a service we provide with our pest control survey.

To book your pest control survey, call us now or request your call back.